A lot has happened since I last did one of these posts so I thought it was about time I did another one. Here’s what’s been going on in My Abu Dhabi Life #5…

Baby Arabian Notes turned 10 weeks old, and he was pretty excited about it… We also went along to a Baby Signing workshop (yep, that’s not an autocorrect error – a baby signing workshop, teaching sign language to babies!) which was pretty interesting. It seems to be something that people have quite strong opinions on, one way or the other, but all research shows that signing with your baby before they can speak actually helps to improve and increase their vocabulary. I was very impressed with the idea and I personally think anything that improves communication with Baby before he can speak is well worthwhile. We did the workshop at Bodytree Studio and they have another one planned for June 13th if you’re interested.

Baby Arabian Notes came to his first media thang with me at the Dine Around Yas Mall event. If you missed that you can read about it here. We had a lovely afternoon and both survived intact despite a shaky start! 🙂 A successful afternoon at the Yas Mall event

Baby Arabian Notes also went to have a peek inside the new Cleveland Clinic Abu Dhabi and he liked what he found… It’s a bit fancy there innit?! 🙂 Having a peek at CCAD Bit grand for a hospital innit?! One particular day I ventured out for a meeting and with the UAE being what it is and parking posing problems at times, we found ourselves having to do some ‘off-road pushchairing’ to get to our destination… Believe me that the photo doesn’t show the worst of it!  Of course Summer also seems to have come early this year and on that particular day it was already around 39 degrees celsius – yikes! I took the photo above on the way back from the meeting when not only was I a bit of a sweaty mess from trying to negotiate our way across the sand, but I was also wearing the dregs of Baby’s milky lunch (and it doesn’t take long for the milk to turn sour in this heat!). We also had to do an emergency nappy change in the pushchair in the middle of the sand lot too. Oh yes, it’s all glamour these days! 🙂

I also caught up with some of the Real Housewives of Abu Dhabi at a special coffee morning at Smitten Boutique in the World Trade Centre mall. Smitten is a maternity, nursing and kidswear store with some gorgeous things from lovely brands including Seraphine – a brand known to have been chosen by the Duchess of Cambridge when she was breastfeeding George. Well – if it’s good enough for Kate….! 🙂 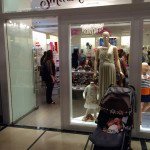 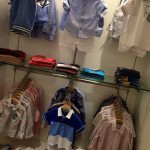 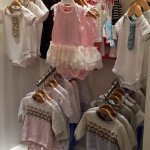 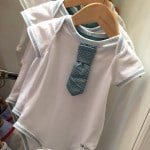 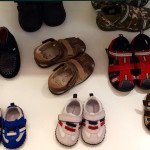 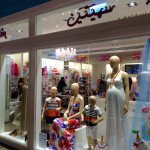 And of course, as always, I spend a fair amount of time writing – I’ve just got to try to figure out how to multitask and not drop crumbs on poor baby’s head…! And that’s the run down on just a little bit of what’s been going on lately..! Privilee membership – accessing the best beach clubs in the UAE Caramel Restaurant and Lounge, The Collection