Four more things you should know about living in Abu Dhabi I love living here in Abu Dhabi, but there are some things you might need to know when living in or visiting the city… following on from my  previous post on this subject a few months ago, here’s four more things to think about. 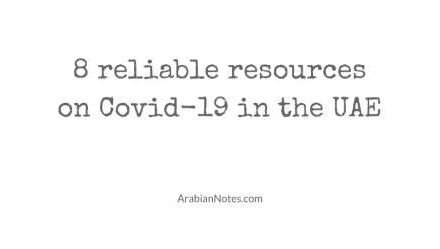 8 reliable resources on Covid-19 in the UAE